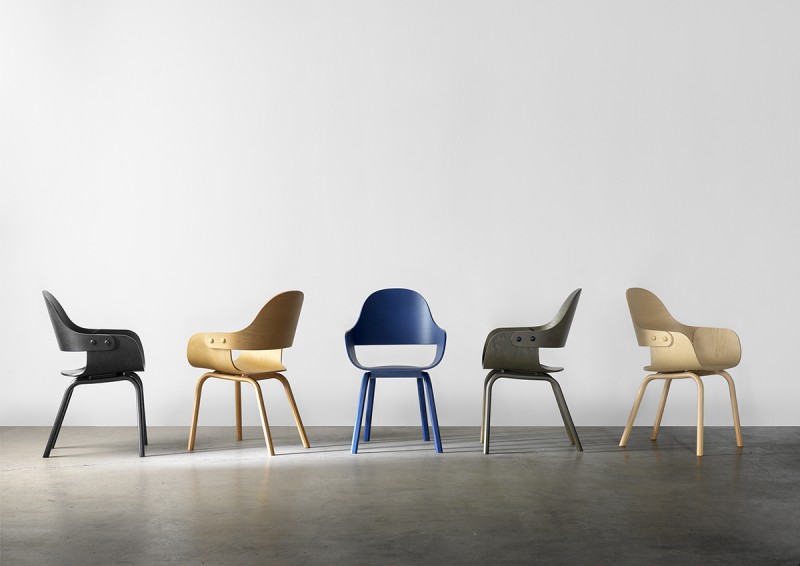 In 2006 we presented the Showtime Collection by Jaime Hayon and a year later, a chair carrying the same name characterised by its wide range of combinations and finishes. For the designer born in Madrid, this was his first chair to be produced and commercialised by a company all over the world. At that time Hayon was an emerging designer and today is internationally renowned. If success can be measured by the longevity of designs, then we can say that this chair has already reached 10 years of its commercial life. We believe that now is the time to launch a new version which does not make the original design obsolete, but rather compliments it. The chair’s name is Showtime nude with wooden legs, and is presented with a nearly nude appearance. The shapes are slightly different but visibly more organic, developed and matured, much the same as the designer’s works during the years. The new chair is presented in different finishings – natural or stained wood and a simple cushion as its sole accessory.